In February 2010 The State Service for the Control of the Movement of Cultural Property through the State Border of Ukraine, within the framework of the restitution processes, transferred 1215 letters to the Memorial Complex.These letters were taken out by the Nazis from Kamyanets-Podilsky. This correspondence, dated mostly June - July 1941, had been kept in the museums of Vienna (Austria)until 2009. Currently all the letters have been processed by scientists and taken on a permanent state storage to the museum's stock collection.

Surprisingly, even private correspondence was the subject of the robberies of the Nazi occupiers. What did an enemy see in these letters? The answer was given by Dr. Olschlegger, who was engaged in sending to Austria postal correspondence in 1942: "This collection gives a picture of the mood of the Soviet people at the beginning of the war." Cynically, because this "mood" of 70 years was lying in other funds. And for us it is a priceless treasure. The pain burns up the heart - how many unscathed episodes of afflicted destinies, how many terrible tragedies and tears! Therefore, our moral duty to the memory of the authors, most of whom died in 1941, to bring to the descendants words of despair, amount, anxiety, love, farewell, hope. Voices from the past must be heard today!

Scientists of the Memorial continue to investigate this collection and ask to respond to addressees, addressers, relatives and friends, acquaintances, and everyone who can shed light on their fate.

Even in 70 years letters have to reach their addressees ... This is our holy duty.

On 02.12.2022 — 670 letters were delivered.
© 2022 National Museum of the History of Ukraine in the Second World War. Memorial complex. All rights reserved. Copying and usage of website materials, either text or image, is strictly prohibited without prior written permission. 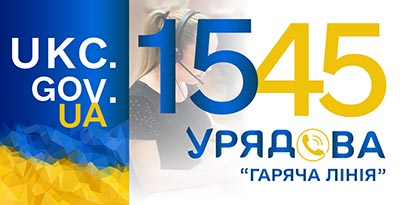